Warning: Creating default object from empty value in /home/customer/www/visasbureau.com/public_html/wp-content/themes/melos/admin/main/inc/class.redux_filesystem.php on line 29
 Benefits Which Attracts People to Apply for Canada & Australia Immigration at a Glance | Top Immigration and PR Visa Consultancy Services in Delhi

There are numerous benefits which attract countless people to apply for Canada & Australia Immigration.

Canada and Australia–as it is too well known–are both are the top-notch immigration destinations. However, many people feel it is the former that favors immigrants the most and so they want to apply for Canada Immigration and settle in the Maple Leaf Country.

The actual number of immigrants immigrating to both the countries is unclear, and the fact is that immigrants find it really difficult to choose one over the other. 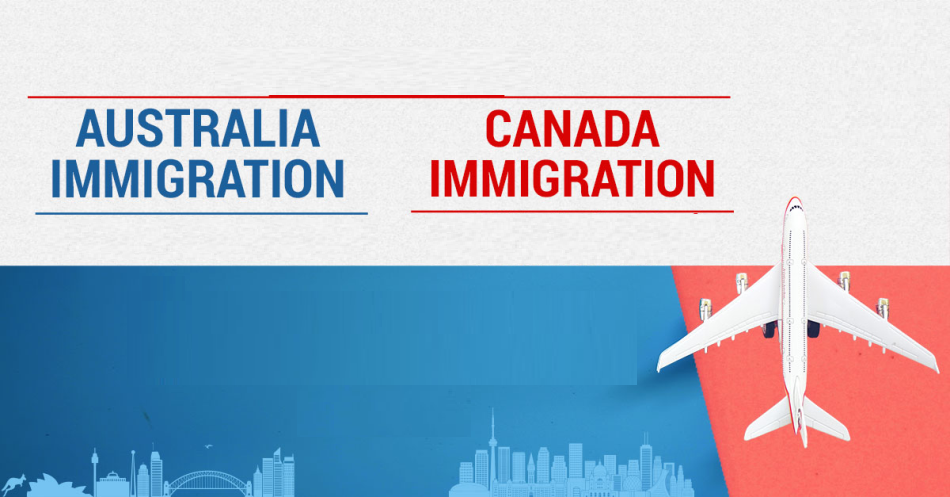 Many a time, people come to these two specific countries for the very limited period of time, but ultimately they end up acquiring their Permanent Residency Visa.

It’s not just basically the Asian people who find these two countries immigrant friendly, but people from different other nations also are in love with Canada and Australia, all thanks to the immense opportunities, the strong economy, warm hospitality, immigrant friendly policies and scenic beauty these countries have to offer.

Above everything else, it’s much easier to settle in Canada and Australia over many other hotspots, like the US, and the UK, for example!

The two beautiful, but somewhat sparsely populated countries, offer great healthcare and education system. So if you are looking for a good place to call home, these two hotspots will give tough competition while making a choice.

Australia has developed the popular General Skilled Migration Programme (GSM) to draw skill talent to its shores, and to a large extent, it has achieved its goals for what it was introduced whereas Canada has implemented point based Express Entry system which is very much similar to the GSM.

Slowly but gradually, Express Entry has become the main immigration pathway for immigrants interested in Canada immigration, especially for the skilled workers. Both the systems are electronically based and applicants are selected on merit, using the system the countries have done away with their centuries-old norm of ‘first come, and first serve’.

Around the world, many nations envy Canada’s and Australia’s low crime rate. Gun ownership is less in these nations than what one sees in the case of the US and the UK, and the crime-free atmosphere seen in these two countries is commendable. This is mainly due to the lengthy and stringent process of getting a gun license.

As per some reports, about 20% of Canada’s citizens are foreign-born and Australia has approximately 4.4 million immigrants. Immigrants have largely contributed towards the economic and social development of these two specific countries.

Both the nation’s value the life of their people. Thus, they have developed an excellent health care system for their respective citizens even as even the expats get to enjoy such services based on their visa status.

So, these are the major benefits which attract numerous People to apply for Canada & Australia Immigration, and move to the overseas hotspot of their choice!

If Canada or Australia immigration is on your mind, it’s natural it will be difficult to make a choice. However, if you take help of an immigration consultant, you will be assisted thoughtfully.  Not only they will help you make the right choice of immigration destination, but based on your particular requirements, they will also help you choose the right visa pathway.

You will be in a better state of mind and have an answer to your question ‘Should I Apply for Australia Immigration?’ or would it be better if I ‘Apply for Canada Immigration?’

Hence, if you are in doubt, take an expert advice!

Get Social With Us

Our Immigration expert will contact you shortly to help you out with the process.